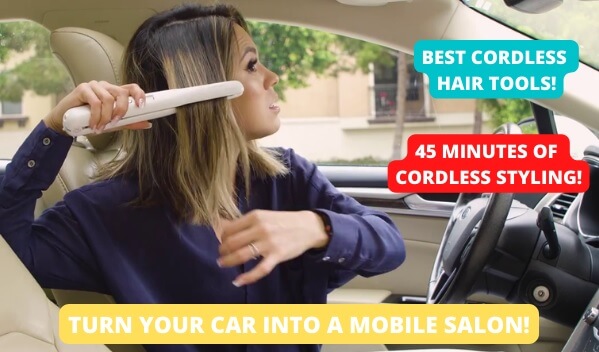 Today we have high-tech, high-quality ceramic and titanium flat irons, but it was not always that way.

Hair straighteners have become popular in the early 1960’s and have been in use ever since.

But how it all started?

In 1872, Erica Feldman used the first ironing device to style her hair.

She used heated iron rods and was inspired by a curling iron (heated rod with metallic teeth), invented at the same time by Parisian man Marcel Grateau.

Erica did not create the actual flat iron but she is remembered as the first individual who used heated irons to change her hair.

In 1909, Isaac K. Shero used two flattened clothing irons for hard-pressing down over the hair from both sides.

Scottish heiress Lady Jennifer Bell Schofield is considered the actual inventor of the hair straightener. She invented it in her 30s, in 1912. At this time, big, curly hair was the main look. Jennifer wanted to try something different and become obsessed with the idea of straightening hair.

Her tool had two metal plates that rested between a hinge in the center and that you could clamp and unclamp from the hair. It was very similar to today’s products. In essence, Lady Schofield merged the ideas of Grateau and Shero.

Those early models were very dangerous because they were heated with fire and could easily destroy hair.

Even after this invention, some women used clothes irons to straighten their hair. This dangerous practice was abandoned after the 1960’s although it can still be found in some countries.

Commercial irons become available for the ordinary people in the 1990s and were only used in the hair salons up to the time.

How long do flat irons last?

My name is Valerie. I’m hair stylist based in San Antonio. I have almost 12 years of experience in hair styling. I’m very passionate in styling hair and making people look great.